There are many forms of renewable energy . Most of these renewable energies depend in one way or another on sunlight. Wind and hydroelectric power are the direct result of differential heating of the Earth's surface which leads to air moving about (wind) and precipitation forming as the air is lifted. Solar energy is the direct conversion of sunlight using panels or collectors. Biomass energy is stored sunlight contained in plants. Other renewable energies that do not depend on sunlight are geothermal energy, which is a result of radioactive decay in the crust combined with the original heat of accreting the Earth, and tidal energy, which is a conversion of gravitational energy.

Solar. This form of energy relies on the nuclear fusion power from the core of the Sun. This energy can be collected and converted in a few different ways. The range is from solar water heating with solar collectors or attic cooling with solar attic fans for domestic use to the complex technologies of direct conversion of sunlight to electrical energy using mirrors and boilers or photovoltaic cells. Unfortunately these are currently insufficient to fully power our modern society.

Wind Power. The movement of the atmosphere is driven by differences of temperature at the Earth's surface due to varying temperatures of the Earth's surface when lit by sunlight. Wind energy can be used to pump water or generate electricity, but requires extensive areal coverage to produce significant amounts of energy.

Hydroelectric energy. This form uses the gravitational potential of elevated water that was lifted from the oceans by sunlight. It is not strictly speaking renewable since all reservoirs eventually fill up and require very expensive excavation to become useful again. At this time, most of the available locations for hydroelectric dams are already used in the developed world.

Biomass is the term for energy from plants. Energy in this form is very commonly used throughout the world. Unfortunately the most popular is the burning of trees for cooking and warmth. This process releases copious amounts of carbon dioxide gases into the atmosphere and is a major contributor to unhealthy air in many areas. Some of the more modern forms of biomass energy are methane generation and production of alcohol for automobile fuel and fueling electric power plants.

Hydrogen and fuel cells. These are also not strictly renewable energy resources but are very abundant in availability and are very low in pollution when utilized. Hydrogen can be burned as a fuel, typically in a vehicle, with only water as the combustion product. This clean burning fuel can mean a significant reduction of pollution in cities. Or the hydrogen can be used in fuel cells, which are similar to batteries, to power an electric motor. In either case significant production of hydrogen requires abundant power. Due to the need for energy to produce the initial hydrogen gas, the result is the relocation of pollution from the cities to the power plants. There are several promising methods to produce hydrogen, such as solar power, that may alter this picture drastically.

Geothermal power. Energy left over from the original accretion of the planet and augmented by heat from radioactive decay seeps out slowly everywhere, everyday. In certain areas the geothermal gradient (increase in temperature with depth) is high enough to exploit to generate electricity. This possibility is limited to a few locations on Earth and many technical problems exist that limit its utility. Another form of geothermal energy is Earth energy, a result of the heat storage in the Earth's surface. Soil everywhere tends to stay at a relatively constant temperature, the yearly average, and can be used with heat pumps to heat a building in winter and cool a building in summer. This form of energy can lessen the need for other power to maintain comfortable temperatures in buildings, but cannot be used to produce electricity.

Other forms of energy. Energy from tides, the oceans and hot hydrogen fusion are other forms that can be used to generate electricity. Each of these is discussed in some detail with the final result being that each suffers from one or another significant drawback and cannot be relied upon at this time to solve the upcoming energy crunch. 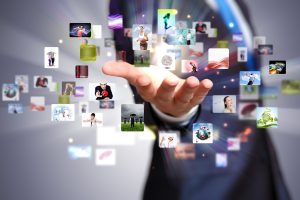 ICT provides economic opportunities to both urban and rural populations. One common contribution is that it increases productivity and makes the market work more efficiently, although the magnitude of the impact on economic growth is likely to be different. The fact that virtually all new mobile customers in the coming years will be in developing countries, and more specifically in rural areas, means that the ICT platform is reaching population with low levels of income and literacy.

As a result, ICT is becoming the largest distribution platform of providing public and private services to millions of people in rural and poor areas. Market information, financial services, education and health services had largely been unavailable in those areas in the past due to lack of connectivity of any kind. Now the wireless platform is promoting NEW economic and social opportunities at all levels for the poor population. 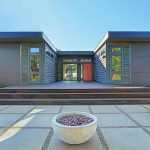 Civil construction brings together a number of these sub-disciplines, and is the means by which the goals of civil engineers are realized. It involves the planning and execution of construction projects, transportation of materials, and site development based on hydraulic, environmental, structural and geotechnical engineering. Construction firms have higher business risk than other types of civil engineering firms, so construction engineers often engage in more business-like transactions, like drafting and reviewing contracts, evaluating operational efficiencies and monitoring prices of supplies.

Agribusiness refers to the business of farming, although, oddly, the term is not often used in correlation with actual farms. Instead, the term agribusiness most commonly means an agriculturally-related business that supplies farm inputs, such as farm machinery and seed supply.

The term "agribusiness" is also used to describe businesses that are involved in the marketing of farm products, such as warehouses, wholesalers, processors, retailers and more.

Use of the term agribusiness by critics of corporate farming has created an aura of negativity around the term, although the true definition simply provides a nice shorthand way of saying a business is agriculture-related.

"Agribusiness" has come to be synonymous with large corporations and companies that produce environmentally questionable, non-organic products while ensuring that smaller, potentially sustainable farms fail to turn a profit.